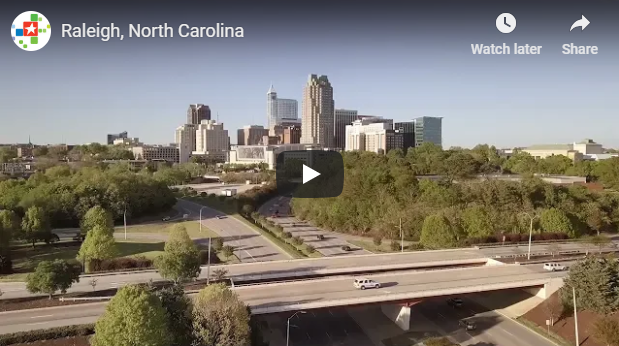 The state’s capital and one of the best cities in America, the city of Raleigh is a top spot for job-seekers and tech professionals, and nationally recognized as a city on the rise

With nearby Durham and Chapel Hill, Raleigh anchors the Research Triangle, a national hothouse for high-tech enterprise. The top companies in the region — including IBM, Cisco Systems, SAS Institute, Biogen Idec and GlaxoSmithKline — are among the country’s best employers. They also lead the way in hiring new NC State graduates.

Raleigh is also home to nationally acclaimed restaurants, a vibrant nightlife and a wealth of celebrated arts, culture and sports, from the North Carolina Museum of Art to the Hopscotch Music Festival and the Carolina Hurricanes ice hockey team.